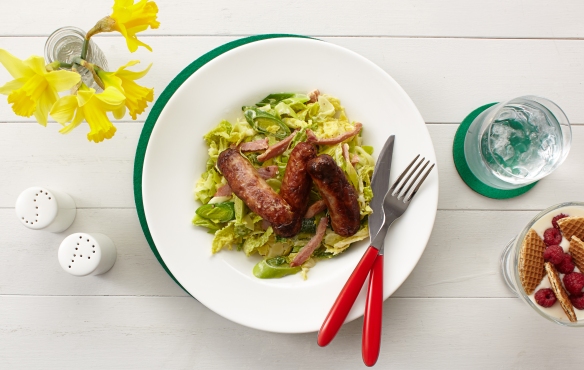 To celebrate the launch of our dedicated Taste of Wales shop on St David’s Day, Welsh blogger Ruth Walters from Let Her Eat Clean reveals some of her favourite foodie picks and a few traditional recipes. END_OF_DOCUMENT_TOKEN_TO_BE_REPLACED

What does 2015 hold for the culinary world? Food blogger, Rachel Walker offers some predictions.

When she’s not curing salmon in a dustbin on the balcony, or brewing stinky kimchi in her little kitchen, Rachel blogs about food at thefoodieat.org

Start thinking bluegrass, banjos and bourbon, because the American food trend is migrating ‘Down South’, honing in on the cuisine along Route 79 – from Kentucky through to Tennessee, Arkansas, Louisiana and Texas. The trend for Deep South-style BBQ has been gathering pace for a while, with the ‘slow and smoky’ technique converting many who were never sold on Britain’s notorious ‘speedy and charred’ method. This year, Southern cuisine will be diversifying beyond BBQ though. Leading the way is The Lockhart in London’s Marylebone, a restaurant that has built up a cult following with its cornbread served warm from the skillet. Other frontrunners are Crayfish Bob, who dished out authentic gumbo to revellers at both Glastonbury and Bestival, and Soho restaurant Jackson & Rye, whose shrimp and grits pay homage to the cuisine’s Creole influences.

Like the sound of the Deep South trend? Try this delicious Louisiana Gumbo

Jamie Oliver is right on the money with his Comfort Food series, taking “the nation’s favourite dishes to the next level”. Forget mince, his shepherd’s pie recipe starts by roasting a 2kg leg of lamb for 4 hours, before putting it in a dish lovingly lined with mashed Maris Pipers, cheddar, rosemary and breadcrumbs. The trend is being echoed in restaurants – look to Albion Café in Shoreditch where the Welsh rarebit uses Isle of Mull Cheddar, or Richard Corrigan’s Royal Fish Pie at Bentley’s near Piccadilly Circus, which contains scallops, lobster and tiger prawns, as well as haddock.

Flexitarianism – or vegetarianism with the occasional inclusion of meat – reflects a shift away from extreme dieting, toward more nutritionally and ethically aware eating. Ultimate A-list couple Beyoncé and Jay-Z exemplify the trend with semi-vegan diets – and the occasional visit to a steakhouse. But more Brits are joining in, as Meat-Free Mondays creep into Tuesday, Wednesday, Thursday… Chefs like Tom Hunt, author of The Natural Cook: Eating the Seasons From Root to Fruit, lead the way. Rather than creating meat recipes and then adding the ‘two veg’, Hunt makes seasonal vegetables the ‘hero’ of the dish, and adds meat or fish only if and when it enhances the recipe.

Tempted by Flexitarianism? Get started with this delcious veggie curry